We all have our secret passions. And Peter Georgiou’s is scent. A native Australian, Peter was born and raised in Sydney’s great backyard; the Blue Mountains. Finding himself forever transfixed by the merging elements of the wild; by botanicals, seasons, and raw textures – he decided to create his own version of nature: LAPP Fragrances. After years as a designer creating the visual language of brands, Peter knew that his life’s calling was to make beautiful things. A perfume workshop in the South of France solidified his desire to connect with people through creating; through a process of passion and craft.

After traveling the world and seeing everything from the sands of Morocco through to the seas of the Mediterranean, Peter embarked on another journey; a search for pure creative release. It was through this forage for freedom that LAPP
was born.

LAPP Fragrances believes in the artistry of scent. They create fragrances for the chameleon – for those of us who transform from day to night, from mood to moment. Designed, blended and hand-bottled in Australia using only the finest ingredients, LAPP Fragrances are made to blend with the natural chemistry of your skin to uncover the individual fragments that make you, you. Completely paradoxical. Unashamedly individual. 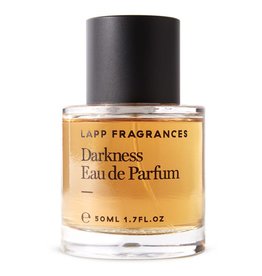 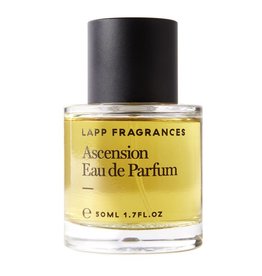 Day breaks, life unfolds. Possessing notes of fir, forest and thyme, Ascension captures both the beauty of today and the promise of tomorrow.
Add to cart
Lapp Fragrances Ascension
$149.95